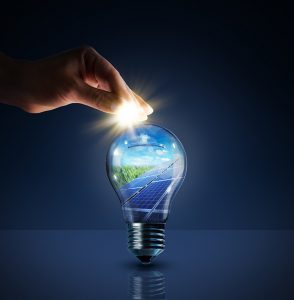 A few years ago, since Iranian governments have been forced to allow private sector to establish power plants according to Article 44 of constitution, and also due to increasing the cost construction, operation and maintenance of thermal power plants, SUNA has introduced some great incentives to produce electricity by renewable sources. SUNA increased the feed-in-tariffs (FiT)s remarkably, especially in summer 2015. The introduced feed-in-tariffs were sufficiently high and made it possible for private sector to invest in renewable energy sector in Iran. Since then, dozens of permissions with the total capacity of 25000 MW have been issued by SUNA which 5000 MW capacity was for PV plants. Nevertheless, before Iranian new year on March 23th 2016, just 76 MW PPA were signed with SUNA by private sector. Lack of experience, long and frustrating bureaucracy in the country, and financing problem have most of the attempts futile. But, a group of Iranian graduated students from the best universities in Iran with the experience of obtaining 2*10 MW PPAs to establish PV plants in Kerman province, has decided to establish Kish Solar Trading Co. to build a 10 MW PV plant in Yazd province. So far, the company has signed a valuable Power Purchase Agreement (PPA) with Iranian Renewable Energy Organization (SUNA) to construct the PV plant in the district of Nir. All the permissions needed to sign the PPA were obtained unconditionally.

It is a well-known fact that solar panels should be located in the area enjoys high solar irradiation throughout the whole year. Moreover, low annual temperature is another significant parameter to increase the output of solar panels since high temperature leads to the declination of the output. With respect to other parameters including wind velocity, shadow effect, faults, and soil mechanics,  Kish Solar Trading Co. team decided to locate a 10 MW PV plant with respect to a substation near the land. We considered the geographical criteria of plant construction, we found Nir district as a good location and the substation near the land has a 10 MW free capacity.